The Hidden Meanings Behind the Jewellery of a Disney Princess

As avid fans of the Walt Disney film studio, it’s no surprise that we’ve finally connected our enchanting jewellery with the magical get ups of our favourite Disney heroines. We take a look at a couple of our accessory adorned protagonists and discover the impact their style and jewellery had on their character development! Princess Jasmine wears traditional Middle Eastern accessories made of gold - usually a symbol of wealth and a dowry to take with her into a marriage. However, as Jasmine was born already in to royalty, it is likely that her affluent accessories were handed down to her as family heirlooms. In Arabian cultures, the turquoise stone was considered a possessor of protective qualities and so was a popular stone to be used in jewellery during the 800s (the rough time period that Aladdin was set).

Her oversized statement gold triangular earrings, gold amulet and turquoise headpiece were a dream three piece when I was a child, and how amazing would it look now teamed with a bardot style bikini on an exotic beach? Arabian Nights here I come! Moana wears the Heart of Te Fiti around her neck whilst she sets sail across the uncharted ocean in order to restore it back to Te Fiti - an island diety - and save her people. The stone is once again, a turquoise heavy set rock hanging from a rope/fabric chain adorned with ocean pearls. Quite an elaborate looking piece for a Disney character, in comparison to Cinderella’s simple choker or Ariel’s drop pearl earrings - but culturally, the Polynesian inspired aesthetic fits the bill perfectly.

We have our own opulent heavy set stone necklaces at Baltic Beauty, particularly in our One of A Kind Jewellery collection. Including our Unique Green Amber Pendant, Floral OOAK Gold Plated Yellow Amber Pendant and our newest addition; OOAK Cherry Red Amber Statement Pendant. All with magical properties of their own! In this Disney films first song 'Bring honour to us all',we hear Grandmother Fa exclaim that she’s giving Mulan beads of jade for beautyand a pendant for balance.For thousands of years throughout Asia, jade has been considered the most precious of all stones, due to its promise of good health, luck and beauty. The stone is also believed to banish evil spirits from interfering with the wearer.

Known as the ‘Stone of Heaven’, jade was described by Pearl S. Buck as “the most sumptuous jewel against a woman’s flesh.” Making it extremely applicable in this instance in the film where Mulan is about to meet her matchmaker in the hope of becoming a desirable bride and thus bring honour to her family.

The pendant features the iconic Yin + Yang symbol; the ancient Chinese belief that contrasting ideas and forces can actually work harmoniously to produce balance in ones life.

Explore our Jewellery with Meaning over in our Biography Collection. A curated collection of charm accessories crafted with symbols and icons to articulate personal beliefs, mark milestones and share thoughtful keepsake mementos. AnotherDisney royal who appears to wear a family heirloom of turquoise. Pocahontus’ mothers necklace was gifted to her by her father when he decides she is ready to take her place in power - however, it is also right before he introduces the idea of her marrying Kocoum the warrior. The Disney animators claim that many of the princesses are found wearing blue; Cinderella, Aurora, Belle, Jasmine, Snow White, Elsa… to represent empowerment and remove the stigma that girls look ‘pretty in pink’.

Chief Powhatan (Pocahontus’ father) potentially gives his daughter this powerful heirloom at the point in the movie where Pocahontus’ courage and confidence begins to advance, empowering her to venture off and make her own decisions as a strong female protagonist. Who knew that the original style icon for this ‘modern’ trend was 18th century Cinderlla?  TopShop and the likes, have all donned their accessory shelves with multitudes of chokers in every colour under the sun with every jewell, motif or fastener imaginable. But Disney’s Cinderella carries the simple black choker with an unexpected class in her blue ballgown that few of us millennials could pull off in our Adidas sweatshirts and Air Max trainers. My personal favourite heroine; the sassy, confident and independent gypsy rebel of Paris, Esmeralda. With a bohemian style that is still copied and inspired by travellers and festival goers all over the modern world. Large hoop earrings, a colourful headscarf, ankle chain bracelets and bangles are all on our summer must-have lists - let’s not deny it.

Ignite the Hellfire (I’m not sorry for that pun) within with Baltic Beauty’s Infinity Charm Anklet which can be worn as the ideal anklet this summer. Bring the bohemia back with our Amber Hoop Earrings and style them with a tropical print headband for an Esmerelda inspired Glastonbury get up! Interestingly Tangled’s adorable Princess Rapunzel doesn't actually wear any jewellery in the film. Could this be a subtle reflection of her lack of freedom and self-awareness? Maybe. BUT, how perfect would our Amber Sun Pendant be in representing an inspired look from her fantasy Kingdom of Corona? The sun icon that is found on the lanterns, in the village square, on the walls of her tower and on the ceiling of the castle is uncanny to our own amber design! 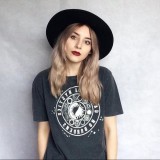 20-something millennial, currently residing in the natural beauties of New Zealand, far away from her little UK hometown. Since taking the travelling leap, she is flourishing with creativity, mindfulness & love for life.